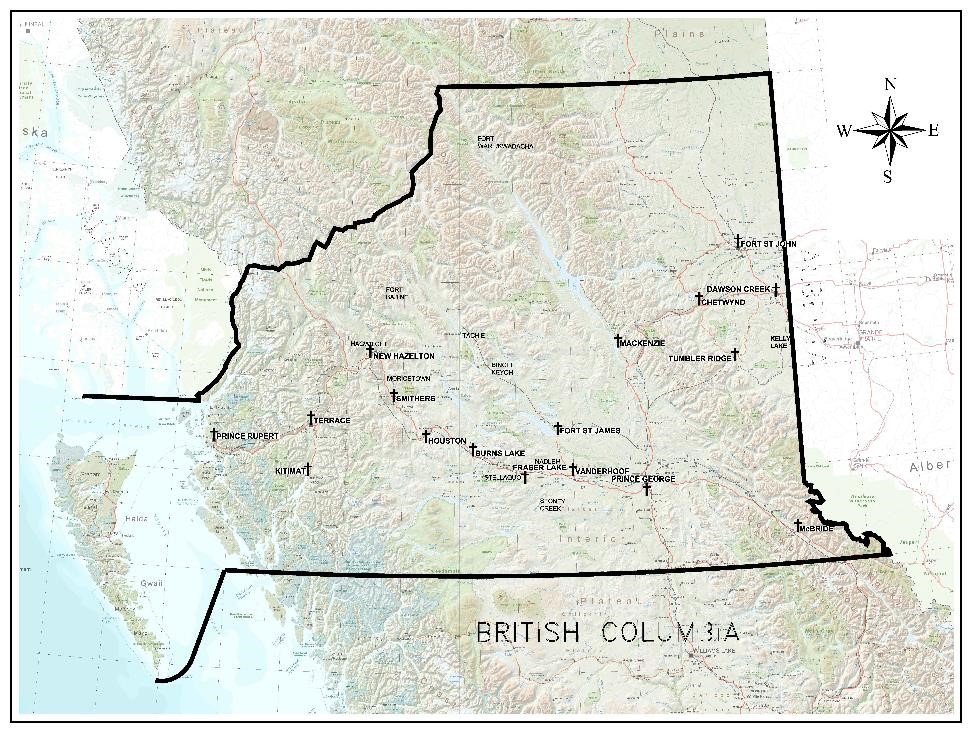 The Diocese of Prince George is situated in the northern part of Canada’s most western province, British Columbia. It covers approximately 346,000 square kilometres, reaching from Prince George in the south to near the Yukon border in the north and from the Alberta border in the east to Haida Guaii (Queen Charlotte Islands) in the west. While Statistics Canada indicates a much larger number of Catholics in the region, approximately 6,000 Catholic households belong to the 19 parishes and 21 missions that make up the Diocese of Prince George.