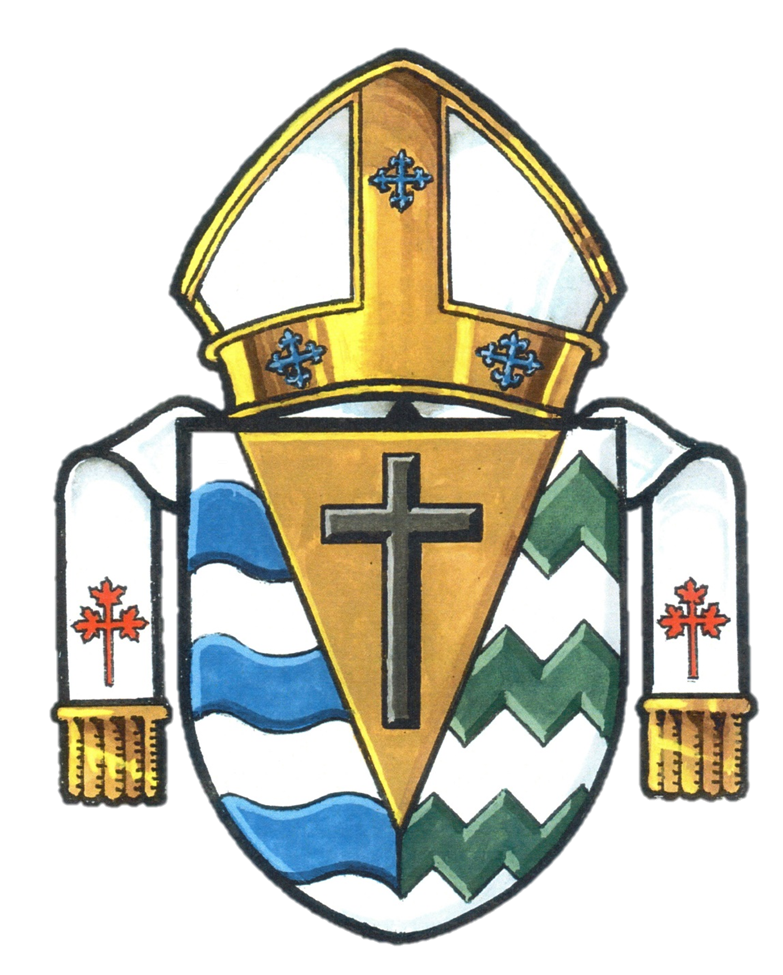 ALSO KNOWN AS THE

The background alludes to the coast of the Pacific Ocean and to the mountainous and forested geography of northern British Columbia, the area covered by the diocese. The gold wedge represents the light of the gospel. The large cross is the main element on the seal of the Oblates of Mary Immaculate, the religious order that first Ministered to this region.