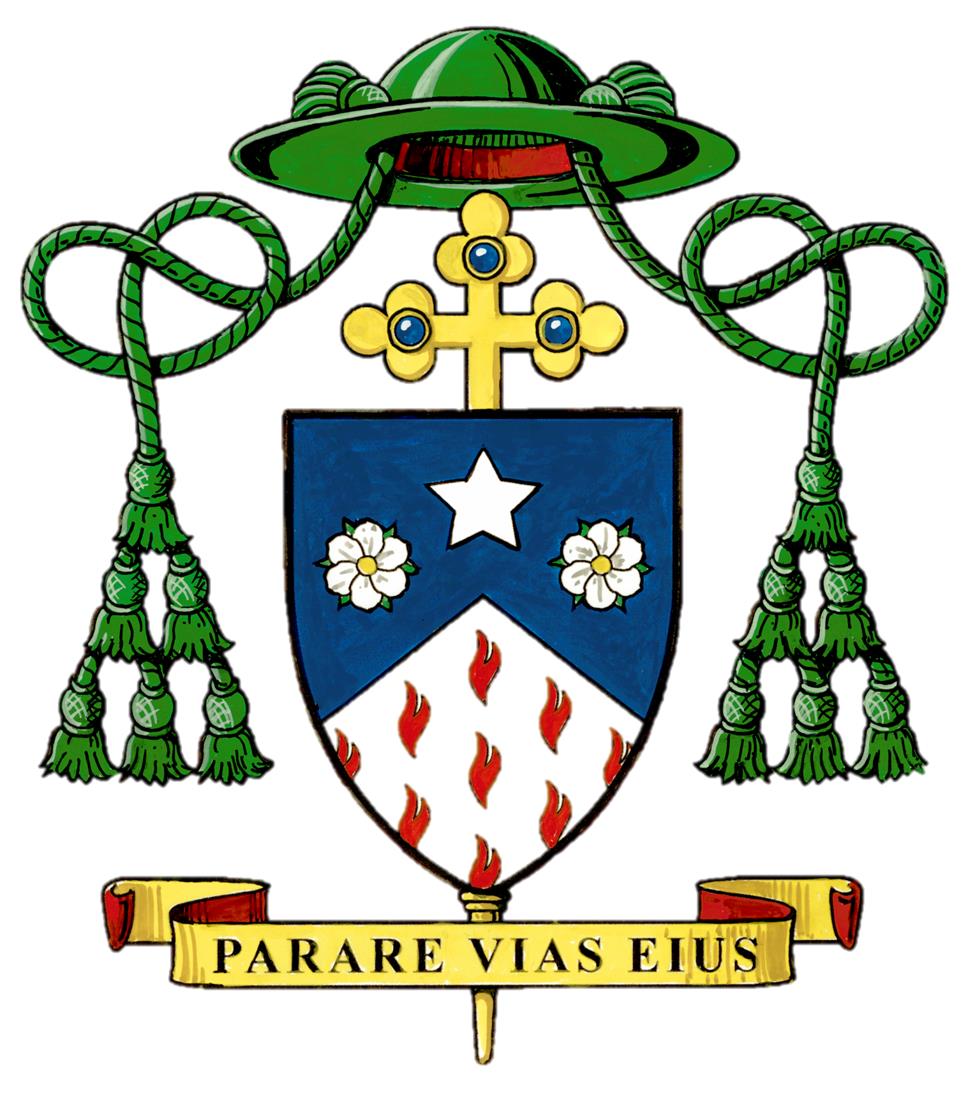 The shield is divided by an angled line pointing upwards to the centre. In the upper section is a white star and on either side a white Pacific dogwood flower, all on a blue background. The lower section uses a pattern of red flames on a white background.

The angled division alludes to a mountain and thus to Bishop Jensen’s birthplace in North Vancouver and his ministry in British Columbia, and the blue background alludes to the Pacific Ocean. The dogwood flowers are the provincial flower of British Columbia and are also found in the arms of the Archdiocese of Vancouver, in which Bishop Jensen has served for over 30 years. The star is a symbol of the Blessed Virgin Mary, and it can also represent the North Star and his new responsibilities in northern British Columbia as Bishop of Prince George. The flames are a symbol of education and knowledge, and they refer to a particular focus of Bishop Jensen’s ministry, education, in which he has a doctoral degree. They also allude to his apostolic ministry as a bishop, as flames appeared above the heads of the apostles at Pentecost.

The Motto, PARARE VIAS EIUS, means “To prepare His ways”. This is from the song of Zechariah in Luke 1:76, a reference to the mission of St. John the Baptist as prophesied by Isaiah.

The hat with six tassels on either side and the cross are emblematic of the hierarchical status of the episcopal office, and are present on every Roman Catholic bishop’s coat of arms.  The Arms are placed on a processional cross.